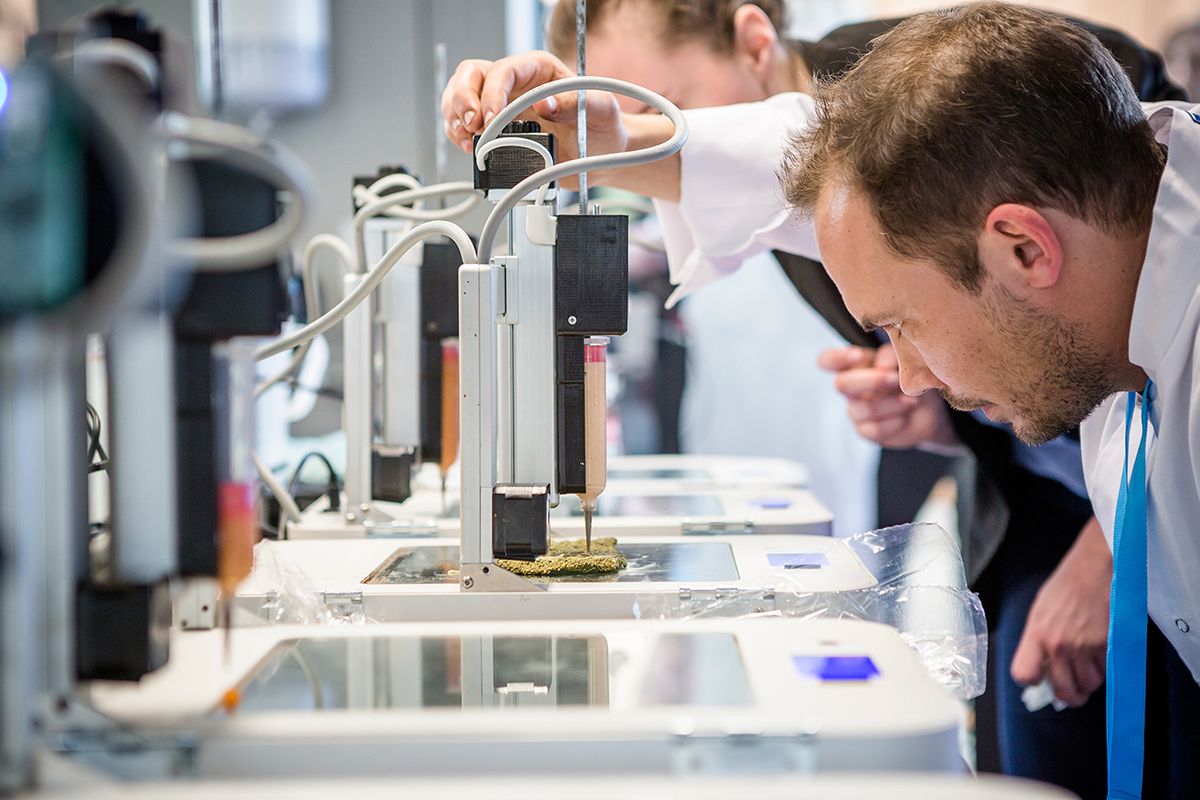 GulFood Dubai 2021, one of the largest food fairs in the world, is the stage chosen to present Essence Food, the new company of Spanish origin in the sector, which is already working on the development of its first factory.

GulFood Dubai will also host the presentation of Moodbytes, a company hold by Essence Food specialized in 3D food printing.

Next week, between 21 and 25 February, Essence Food will exhibit an innovative food proposal, based on the application of digital technology to new forms of innovative, functional food, at the 26th GulFood Dubai. Essence Food revolves around the use of food production surpluses to curb waste and generate freeze-dried food of high nutritional value. In Galicia, it has already received the support of the accelerator Business Factory Food (BFF) promoted by the Xunta de Galicia and energized by the Food Cluster of Galicia and leading companies in the food industry. Previously, in 2020 it was awarded the first Food Tech Solutions award at GulFood 2020, the Best Maker at GulFood 2019 and the 3D Food Innovation Award at Alimentaria Barcelona 2018, as well as being a guest company at the well-known Ted Talks.

Through an advanced dehydration technique tested among consumers, the new products developed by Essence Food retain all their organoleptic qualities even in adverse climatic conditions (heat, cold or humidity) for a long period of time exceeding 5 years.

Marcio Barradas, CEO and founder of Essence Food, travels to the United Arab Emirates accompanied by part of his team to present the company in its own space for 3D food production and to participate in the presentation “Food Waste – From trash to cash” (Tuesday 23rd, 12.00 p.m.) together with relevant speakers in the sector such as Sheikh Dr. Majid Al Qassimi, from Soma Mater, and Ignacio Ramírez, from Winnow Solutions.

He will be accompanied by Rafael Simón, co-CEO of Essence Food, and Catalan chef Mateu Blanch, a pioneer in 3D culinary printing. Blanch will be in charge of leading the showcookings in which he will demonstrate the operation and versatility of Moodbytes, a company hold by Essence Food specialized in 3D food printing.

First industrial plant in Spain
Essence Food was founded to open a new era in food with a vision committed to sustainable development and the objectives of the 2030 Agenda. In addition to moving towards zero waste, it is developing techniques to enhance the value of the entire supply chain and guarantee the consumer’s right to know what they are eating, how it has been prepared, who has grown or manufactured it or where it has been produced, thanks to the custody of blockchain information.

Despite the high technological component, Essence Food products are 100% natural and keep intact its environmental and social commitment by providing the necessary nutritional intake for the human body without making access to food an economic problem. “It’s not just about food traceability, our solution provides much more useful information for consumers, giving them back a right that the traditional industry had taken away from them: to know what they eating,” says Marcio Barradas, who recalls that Essence Food is a clear example of sustainable, digital transformation in response to the market’s needs. We are a company immersed in the circular economy,” says Barradas, “and we work in an environment of food and health innovation”.

Essence Food, which is planning its first industrial plant in Galicia (Spain), is capable of recovering thousands of tons of food waste: production surpluses, cut or “ugly” fruit and vegetables, industrial waste, etc. Always providing the maximum guarantee and health safety. With the capacity to transform food waste on a large scale, Essence Food will develop new food proposals adapted to new lifestyles and, above all, to the nutritional needs of the world’s population.

Combating food waste
According to data from the Food and Agriculture Organization of the United Nations (FAO), without taking into account COVID-19, around 14% of the world’s food is lost each year before it even reaches the market. In figures, about $400 billion a year, as much as the GDP of Austria. In terms of environmental impact, food loss and waste account for 8% of global greenhouse gas (GHG) emissions.

In Spain, according to data from the Ministry of Agriculture, Fisheries and Food (MAPA), we throw away 7.7 million tons of food every year: 39% in the manufacturing phase (it is estimated that this is 20% in Galicia), 14% in catering, 5% in distribution and 42% in households.

Strategic Hub
GulFood is the largest professional agri-food trade fair in the Persian Gulf and Middle East, as well as in Africa, South-east Asia and Oceania. It is a strategic event that attracts a large number of leading international buyers from the food sector: wholesalers, retailers, supermarkets, catering, beverage importers and restaurants, among others. In 2020, 152 countries were represented in more than 300,000 m2, more than 100,000 visitors and sales of more than 200,000,000 dollars.

We use cookies on our website to give you the most relevant experience by remembering your preferences and repeat visits. By clicking “Accept”, you consent to the use of ALL the cookies.
Cookie settingsACCEPT
Manage consent

This website uses cookies to improve your experience while you navigate through the website. Out of these, the cookies that are categorized as necessary are stored on your browser as they are essential for the working of basic functionalities of the website. We also use third-party cookies that help us analyze and understand how you use this website. These cookies will be stored in your browser only with your consent. You also have the option to opt-out of these cookies. But opting out of some of these cookies may affect your browsing experience.
Necessary Always Enabled
Necessary cookies are absolutely essential for the website to function properly. This category only includes cookies that ensures basic functionalities and security features of the website. These cookies do not store any personal information...
Non-necessary
Any cookies that may not be particularly necessary for the website to function and is used specifically to collect user personal data via analytics, ads, other embedded contents are termed as non-necessary cookies. It is mandatory to procure user consent prior to running these cookies on your website.
SAVE & ACCEPT